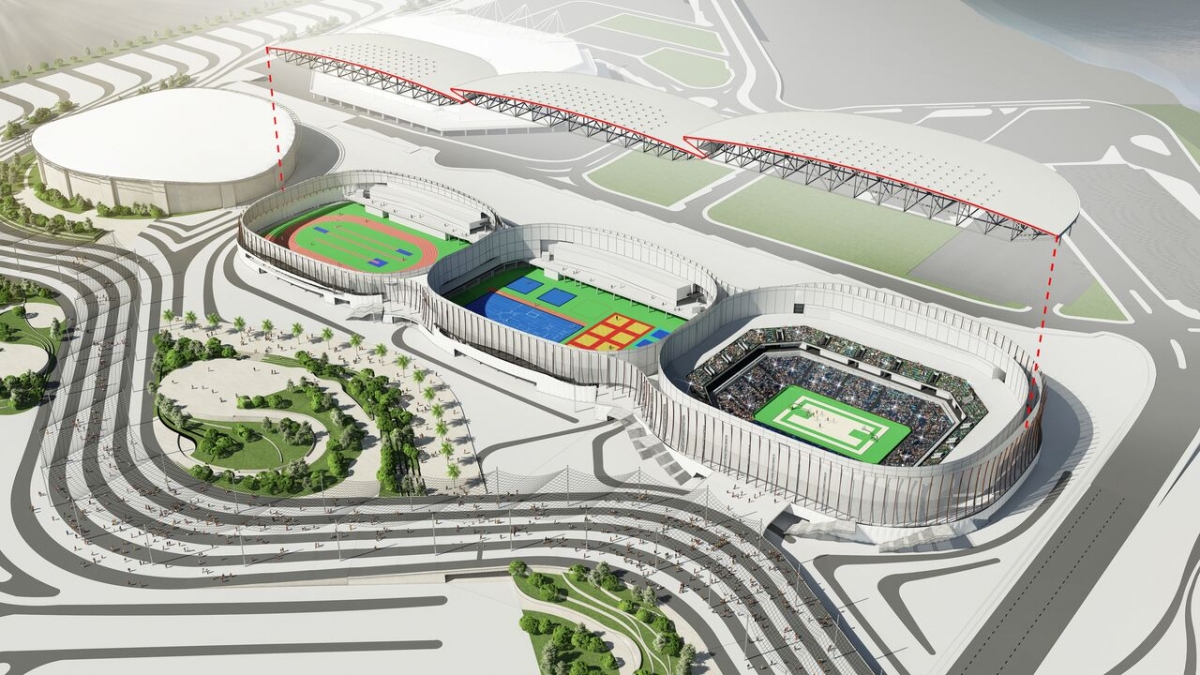 The Arenas Cariocas in Rio de Janeiro looks to build on the experience WilinsonEyre gained from its work on the Olympic basketball stadium in London 2012. Its key feature is its adaptability.

Built on Rio de Janeiro’s old Formula One circuit, after the games, the stadium will transformed into an Elite Athlete Training Centre, leaving behind a defining legacy.

The reconfigured building will provide the necessary infrastructure for the training and development of top athletes and will allow Rio de Janeiro to continue hosting important sporting events.

The halls of the building have been designed from the inside out, so the building has been developed as three related, sculptural forms, arranged in a linear configuration parallel to the main Olympic Walk that runs through the heart of the Olympic Park.

Sam Wright, associate director at WilkinsonEyre told Construction Manager that legacy and light touch were two of the key foccuses the team needed to complate the project.

He said: “The brief for us was to look at the legacy so that was something we were always aware of, within this, as we were working with temporary structures throughout the stadium so this tooka lot of planning and coordination.”

Speaking about the stadium, he said: “This is a transitional building that can morph after the Games into a different typology with zero impact on the fabric of the built form. Aesthetically, the Arenas Cariocas differs from our other stadium designs in that we were asked to deliver three arenas in one footprint.

“From the outside, one can glimpse the singular form housing the three venues, operating simultaneously and yet from within, the spectator will be fully immersed in the drama of the individual sport.”

He added: “The biggest technical challange was the overlapping concourses within the three stadiums. Each were operaing at the same time, with the middle at an elevated level and the two others at ground. Alongside this you have to deal with other aspects such as acoustics, fire operations, safety.”